Make sure to tune into the upcoming Winter Meeting with 14 total MSTD technical sessions! Register and attend the Winter Meeting by clicking here. Check out the MSTD sessions...

The 2020 ANS Summer Meeting went completely online from June 8-11. MSTD contributed a total of 12 technical sessions on the following: Accident Tolerant Fuels Fuels and Materials for Molten Salt Reactors Nuclear Science User Facilities In-Pile Testing of Nuclear Fuels and Materials Advanced Manufacturing/Additive Manufacturing Sensors and In-Pile Instrumentation Accelerated Materials Discovery Aging of Materials Nuclear Fuels Have work you would like to present in one of the these categories? Make sure to submit a summary to ANS 2020 Winter Meeting in Chicago, IL November 15-19. Have a materials science topic you would like to see a technical session on? Suggest it to the MSTD executive committee by contacting the site’s...

If you have items to contribute to the newsletter, please contact the MSTD Publicity Committee Chair. 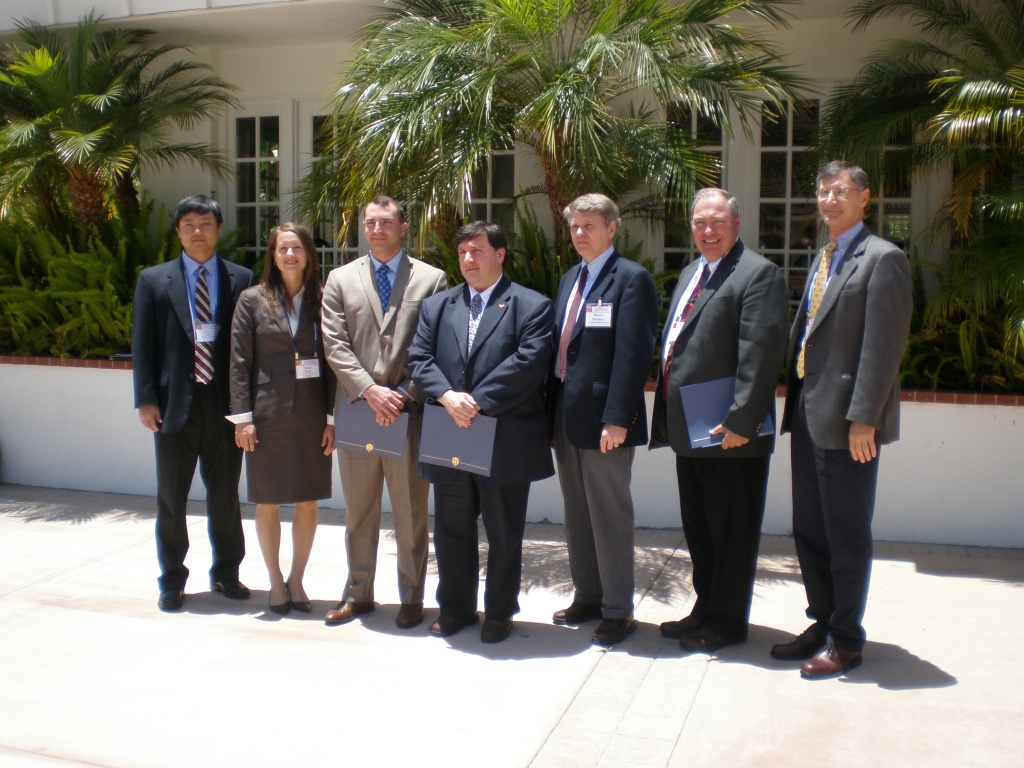 An Awards Luncheon was held on Wednesday, June 16th 2010.  Award recipients can be found at: awards.

The speaker for the luncheon was Dr. Ted Besmann of Oak Ridge National Laboratory. His presentation was titled, Oxide Fuel Thermochemistry at High Burn-Up.

The next Awards Luncheon will be held at the 2012 Annual Meeting in Chicago, IL conferring awards for the years 2010 and 2011.  Awards will be presented in the different categories detailed on this website at: awards with past recipients also listed.

Please send your nominations to Jim Stubbins at: jstubbin@uiuc.edu

This iteration of the conference hosted 229 scientists and engineers from around the world. Power utilities, reactor vendors, regulatory bodies, national laboratories and universities were present from 18 different countries.  Over the course of the four-day meeting a large number of stimulating presentations were made (170), including several plenary sessions and a panel discussion on extended service issues. The proceedings for this meeting include 140 papers.

The organizing committee and session chairmen devoted considerable time and energy to helping plan, coordinate, and direct this conference. Their efforts and advice are greatly appreciated. The students and typists from the University of Wisconsin, University of Michigan, Penn State University and Oak Ridge National Laboratory enabled the publication of the questions and answers. The American Nuclear Society provided expertise and assistance with the meeting arrangements, coordination, compilation and publication of this volume. Dave Slaninka and Ellen Leitschuh of ANS deserve special thanks for their help and patience. 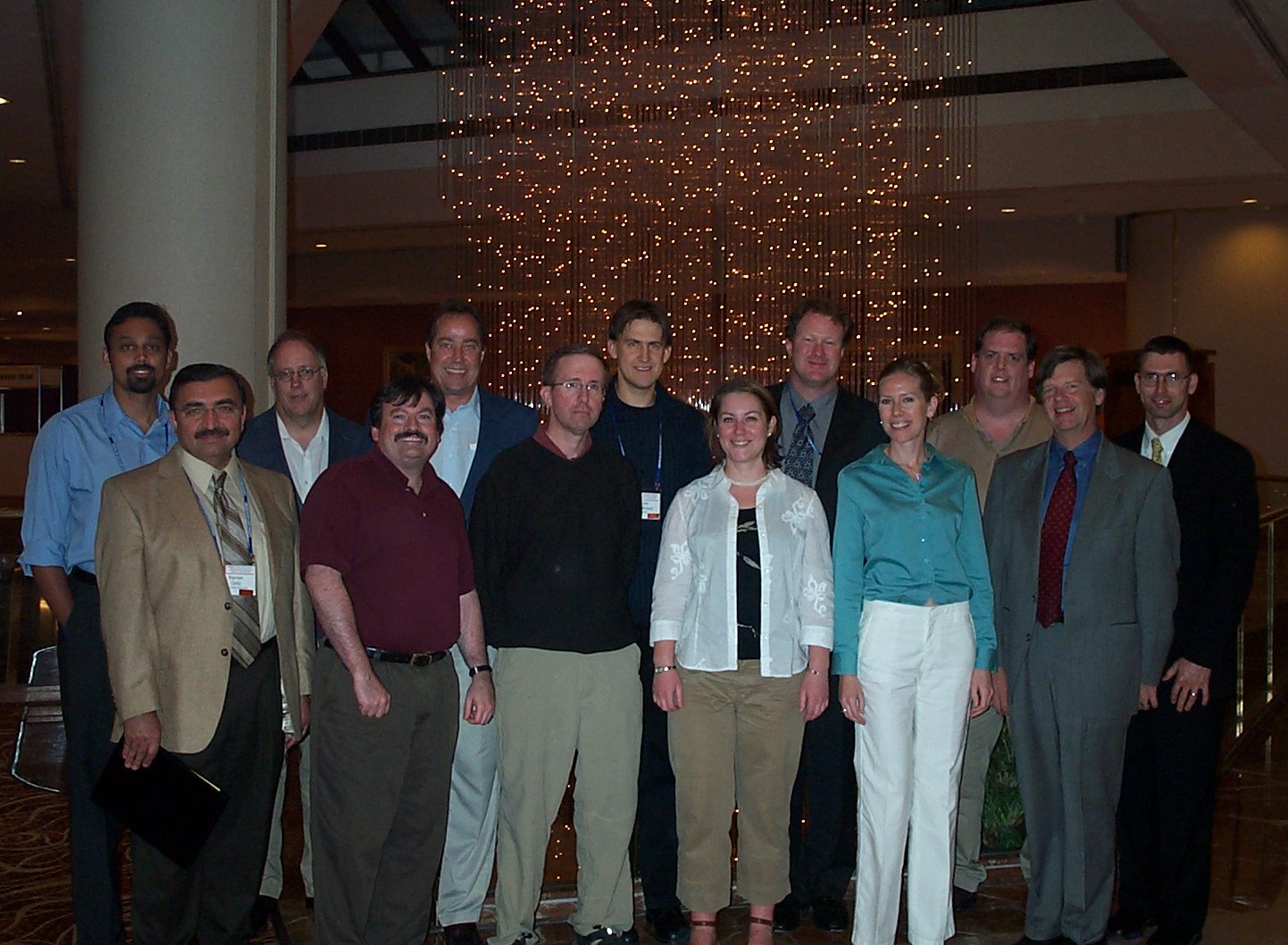 An Awards Luncheon was held on Wednesday, November 15th 2006. Award recipients can be found at: awards.

The speaker for the luncheon was Dr. Kemal Pasamehmetoglu of Idaho National Laboratory. His presentation was titled, GNEP Transmutation Fuel Development Overview.

The next Awards Luncheon will be held at the 2008 Winter Meeting in Reno, NV conferring awards for the years 2006 and 2007. Awards will be presented in the different categories detailed on this website at: http://mstd.ans.org/awards.html with past recipients also listed.

Please send your nominations to Jim Stubbins at: jstubbin@uiuc.edu.

2006 Topical Meeting: Nuclear Fuels and Structural Materials for the Next Generation Nuclear Reactors

The first Topical Meeting titled “Nuclear Fuels and Structural Materials for the Next Generation Nuclear Reactors” was held in June 2006, embedded in the ANS Annual Meeting in Reno,Nevada. This meeting, co-sponsored by MSTD and FED, was chaired by Lance Snead, Dave Petti, Madeline Feltus, and Todd Allen. The meeting consisted of 107 total presentations on fuels and materials for advanced systems. The papers from the meeting will be published in a special issue of the Journal of Nuclear Materials, to be issued in 2007. The next NFSM will take place in conjunction with the 2008 Annual Meeting in Anaheim.

Summaries are due January 6, 2006 for screening. Full-length papers will be due at the meeting and will be published in a special edition of Journal of Nuclear Materials (JNM). The meeting will include invited talks. The format will be one single session with a large poster session one evening (perhaps more than one if needed). Help is needed of MSTD members to review summaries and later to review full-length papers as guest editors for JNM. Volunteers should contact Todd Allen at allen@engr.wisc.edu.

An awards luncheon will be held at the 2006 Winter Meeting in Albuquerque, NM.

Thanks to Organizers of Sessions for Winter Meeting 2004 in Washington, DC

MSTD supported two sessions at the 2004 Winter meeting, titled Advances in Materials Testing and Analysis and Development and Testing of Fuels for Advanced Reactors. Thanks to John Lambert and Robert Hanrahan for organizing the sessions.

At the 2004 Winter meeting, MSTD held an Honors & Awards ceremony. Awards were presented for significant accomplishments over the time period 2000-2003.

Outstanding achievement Awards were presented to

for outstanding achievement over their careers.

A Special Achievement Award was presented to Ron Klueh for his book with Don Harries on the properties of irradiated ferritic-martensitic steels.

For outstanding papers presented at ANS meetings, Significant Contribution Awards were presented to:

Literary Awards were presented to:

A student literary award was presented to Alan Bolind for his presentation at an ANS meeting.

On July 17th – 29th the NATO sponsored 32nd International School on Solid State Physics was held at the Ettore Majorana Centre for Scientific Culture in Erice, Sicily, Italy. The topic of this course was Radiation Effects in Solids, which was last addressed in an international school held at the University of Illinois in 1993. 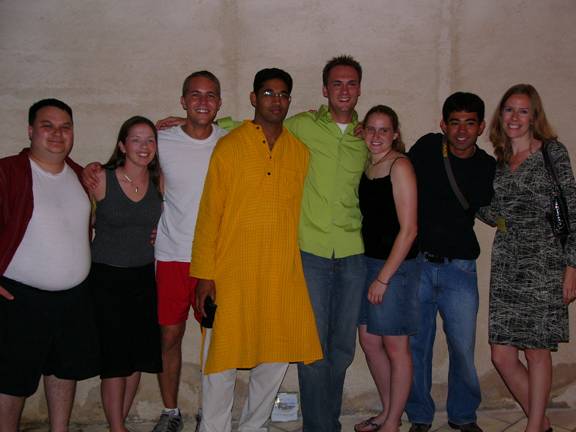 These sessions were well attended.

MSTD will sponsor three sessions at the Summer 2005 Meeting in San Diego. These will be on Atomistic Modeling & Continuum, Lead-cooled Fast Reactor Systems, and Supercritical Water-cooled systems. Thanks to Tetsuo Shoji, Ning Li, and Todd Allen for organizing these sessions.

Thanks to the following outgoing members for 3 years of service.

Congratulations to Executive Committee member Travis Knight. He has accepted a faculty position at the University of South Carolina.